Florida Cracks Down On Smash-And-Grab Robberies

Florida prosecutors and law enforcement officials recently began taking a tough stance on so-called smash-and-grab robberies. “You're not going to do it here,” Polk County Sheriff Grady Judd said in a recent interview with WESH 2 News. 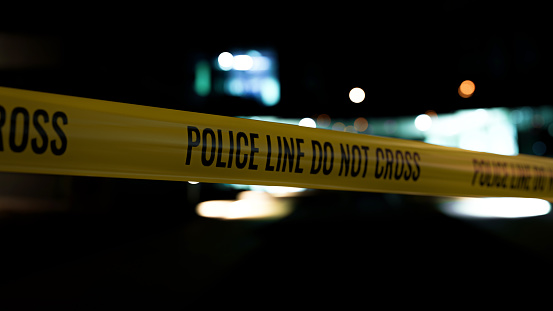 Florida Attorney General Ashley Moody expressed similar tough-on-crime comments. According to Moody, Florida has created a task force to deal with such crimes statewide. "As organized crime has increased, as organized theft rings have become more complex and sophisticated so will we,” Moody said.

But how common are smash-and-grabs in Florida? Have they become an epidemic in Florida as law enforcement officials claim? Or are these officials simply trying to scare the public? Below, you can learn more about this issue and how the legal system should work from a Polk County criminal defense attorney who represents people charged with robbery and other crimes in Central Florida.

What is smash-and-grab robbery?

First, not all smash-and-grab crimes are legally considered robberies in Florida. The definition of robbery requires that the person committing the crime use force or threaten the use of force or violence, according to Florida Statute 812.13.

If someone commits a smash-and-grab theft but does not use violence or threaten the use of violence, such a crime might be classified as burglary, theft, or shoplifting. This might seem like a minor distinction. But the legal consequences in Florida for being charged with theft, shoplifting, or burglary instead of robbery can make a big difference. This is why it's important to talk to a lawyer right away if you have been charged with a smash-and-grab crime in Florida.

How common are smash-and-grab thefts?

But how bad is the problem? How common are smash-and-grabs? In many parts of Florida, the numbers tell a different story. According to the most recent statistics, robbery, burglary, and other crimes declined by 21 percent in St. Petersburg, Florida, for example.

As for Polk County, crime overall was down for the second half of 2021, according to another interview Sheriff Judd gave to News Channel 8. While discussing the county’s murder rate, Judd said, “our total crime rate is down.”

Judd also offered some advice to the public in the same News Channel 8 interview that could easily apply to anyone getting excited about the so-called smash-and-grab crime wave: “Just chill out, drink a 7up, eat a MoonPie.”

What are the penalties for robbery in Florida?

The penalty for a robbery conviction depends on many factors. This includes whether a gun or another weapon was used to commit the robbery. If someone had a gun or another deadly firearm when they committed a robbery, that is considered a first-degree felony charge.

People with a prior conviction for robbery or another felony can face even tougher penalties as well. The monetary value of the stolen items can also influence the penalty for a robbery conviction. In addition, who’s responsible for prosecuting your case or the judge presiding over your trial can often make a dramatic difference. This is why it’s critical that you take your robbery charge very seriously right from the start.

What are the penalties for theft or burglary in Florida?

The penalties for a theft or burglary conviction can vary widely in Florida. In general, the penalties depend on the value of the stolen items - the more valuable the items, the more severe the penalties.

All of this might sound straightforward. But don't be surprised if you get charged with a more serious crime than the one you allegedly committed. That's why you need to talk to an experienced criminal defense attorney right away.

Why should I hire a defense lawyer?

When you have an experienced criminal defense lawyer representing you, you can demand the respect you deserve. Prosecutors need to prove certain elements in order to convict someone of theft or robbery beyond a reasonable doubt. Your attorney can dispute whether the prosecution actually proved every element of the crime or whether the police followed the rules during the investigation and arrest.

Many legal issues can come up in a criminal prosecution involving a smash-and-grab crime. That’s why it’s critical that you have an experienced attorney who knows how to handle such situations, especially in Central Florida.

That's why you need to call Thomas C. Grajek, Attorney at Law. I know how the legal system actually works here because I have decades of experience successfully defending the rights of people charged with theft, robbery, and other crimes.

Get serious about your legal case. Get Grajek. Contact my law firm and schedule an appointment today. I have three offices conveniently located in Tampa, Lakeland, and Lutz, Florida.