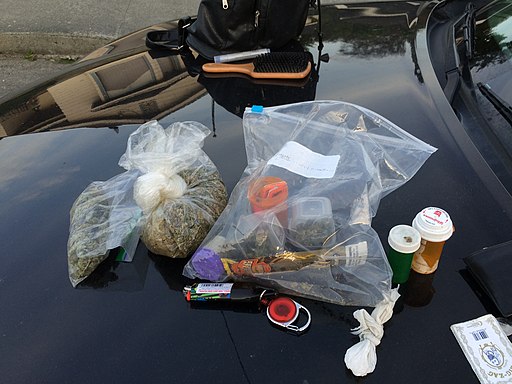 In the past few years, marijuana-impaired driving has become a major issue in the state of Florida. According to preliminary data, marijuana played a role in about one of three drug-impaired accidents in 2018. The Florida Department of Highway Safety and Motor Vehicles revealed that 422 died in accidents where marijuana and other substances were involved. According to the DHSMV, marijuana was the most common drug detected in these accidents last year.

What is Being Done About Impaired Driving?

Until last year, the state of Florida had never reported or tracked marijuana-specific data. Recently, Gov. Ron DeSantis signed a legislation repealing the ban on smoking medical marijuana. Tammy Leonard, a mother from Holiday, Florida, said, "Legalizing marijuana is going to increase the amount of drugged drivers on our roads."

Leonard is focused on raising awareness about drugged driving fatalities. She speaks to DUI offenders and high school students about her story. She also volunteers with an organization called Mothers Against Drunk Driving. In October 2015, Leonard's boyfriend and two children were both killed instantly when an impaired driver collided into their vehicle.

According to the toxicology tests, amphetamines, oxycodone, and methamphetamine were all present in the system of the impaired driver. According to Leonard, "They were just starting their lives out, I mean Kimberlynn only lived 12 days."

Leonard shares statistics and data about the issue of drugged driving on her website.

How Easy is it to Detect Impaired Driving?

The DHSMV (Division of Highway Safety and Motor Vehicles) cautions that the data collected so far is preliminary. The subset is currently too small to create a solid baseline. According to the latest report, the DHSMV is still working with law enforcement agencies in the state of Florida to confirm the data's accuracy. Law enforcement officials have managed to identify another issue with tracking marijuana in crashes. It is often hard to isolate the impact of weed because impaired drivers often have a mix of different drugs and alcohol in their system.

Also, the level of THC in oral fluid or blood does not have a strong correlation with impairment. The same cannot be said for alcohol. According to Larry Coggins, who serves as the executive director for Mothers Against Drunk Driving, "If it's in the body, whether it's legally or illegally, don't get behind the wheel of a car.​"​

Coggins spent more than two decades in law enforcement. According to Coggins, the latest report is a huge indication of a dangerous driving environment in the state of Florida. Coggins said, "I hope these numbers wake people up."

Is it illegal to drive with morphine in your system?

Morphine is often used as pain medication, which can be taken orally or injected. Although physicians can prescribe it, it is heavily regulated. Hence, driving with morphine in your system is illegal. But legal actions can only be taken after the urine or blood sample is proven positive for morphine.

What are the dangers when driving under the influence of marijuana?

Excessive use of marijuana can cause memory and analytical problems and attention deficit. It can also affect your concentration, judgment, coordination, and reaction time. With that, it can lead to car accidents. Studies show that those who drove vehicles after using marijuana did similarly to those under the influence of alcohol.

What are the penalties in Florida when I am found driving under the influence of marijuana?

Florida imposes charges against those who are driving under the influence of marijuana. For the first offense, the defendant is fined $500-1000 and jailed for six months. For the second offense, the defendant is fined $1000-2000 and jailed for nine months. The third offense is already considered a felony. He is fined $2000-5000 and jailed from 30 days to five years. The fourth offense is considered a third-degree felony. He is fined up to $5000 and jailed up five years. Other charges in the third offense are also applied. Any of these offenses lead to one-year probation, community service, and vehicle impoundment.