What Is Considered A High BAC For A DUI In Florida? 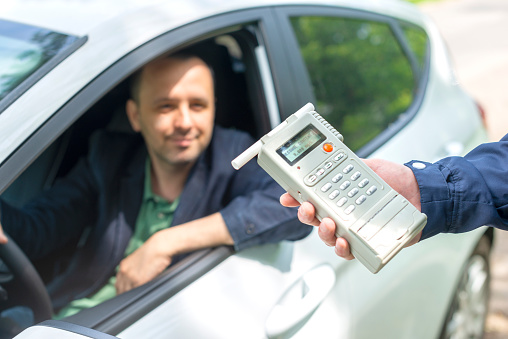 You may face harsh penalties if convicted of DUI with a high BAC.

Drivers charged with driving under the influence (DUI) in Florida often face severe consequences if convicted of DUI. This is especially true if drunk drivers have a high BAC based on their DUI breath, blood, or urine test.

What is considered a high BAC in Florida? What can cause a high BAC? And what are the enhanced penalties for a high BAC DUI conviction in Florida? Below, you can find the answers to all these questions and other important information about DUI charges and penalties in Florida.

What does BAC mean?

BAC stands for blood alcohol concentration. This legal and medical term is used to describe the amount of alcohol someone has in their bloodstream. If you have been charged with DUI, it is probably because your BAC was allegedly over the legal limit.

In Florida, drivers are considered legally impaired if their BAC is over 0.08. Florida Statute, 316.193.

What is considered a high BAC?

What are the penalties for a high BAC DUI charge in Florida?

If you were stopped by police in Florida and your BAC was over 0.15, the following penalties could apply if you are convicted of DUI:

First DUI conviction with a high BAC over 0.15

Second DUI conviction with a high BAC over 0.15

How is someone’s BAC measured?

Some people assume that such tests are 100 percent accurate. However, many situations and circumstances can produce a false positive BAC test.

What causes a high BAC?

If you had a high BAC reading, don’t simply assume it can be used as evidence against you. There are many other reasons why your BAC reading may have been higher than usual. Common causes of high BAC test results include:

There are many other reasons why your high BAC test results might not be accurate. For example, your BAC reading may be abnormally high and inaccurate if you burp shortly before taking a breathalyzer test.

Make sure you fully understand your legal rights if you have been charged with DUI in Florida. Make sure you talk to a DUI defense lawyer right away.

How a DUI defense attorney can help

When you have an experienced lawyer handling your DUI defense case, you can ensure your rights are respected, and you have not been falsely charged with DUI based on high BAC reading. Thomas C. Grajek, Attorney at Law, can investigate your charges and build a strong legal defense based on solid evidence. Contact us and schedule an appointment today. Our law firm has three offices conveniently located in Tampa, Lakeland, and Lutz, Florida.