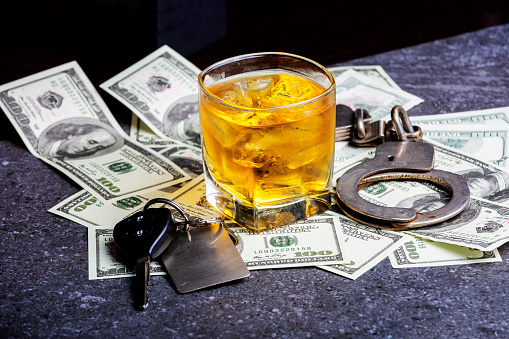 A DUI criminal case in Polk County, Florida in which a woman was charged for letting her friend drive drunk raises a wide range of legal questions, according to an experienced Polk County DUI defense lawyer.

The Polk County Sheriff’s Office recently charged a woman with culpable negligent manslaughter for allowing her friend to drive while allegedly drunk, according to several recent news stories, including one from ABC Action News. The friend then caused a fatal car accident, resulting in a DUI manslaughter charge.

This is the first time in more than 70 years that the Polk County Sheriff’s Office has charged someone with culpable negligent manslaughter in a DUI case, ABC Action News reported. The case also raises important legal questions about the rights and responsibilities of individuals and the police.

According to a recent press release from the Polk County Sheriff’s Office, the two women were at a bar on a Wednesday afternoon in November 2021. The two women then drove separately to another bar in Lakeland, Florida.

One of the women then left the second bar and went to a convenience store in Lakeland. At the convenience store, a clerk called the police and said the woman was drunk and could not drive. Police responded to the store and called the other woman and asked her to pick up her friend. Police officers also told the store clerk to not give the car keys to the first woman.

Police now insist that the friend should not have given the keys to the woman who caused the fatal car accident. However, why did Lakeland Police Department officers allow the women to drive away from the convenience store? Most likely, the police did so because they did not have probable cause to stop them.

In addition, police insist that the friend knew that the other woman was intoxicated. However, what evidence do police have that the friend had sufficient knowledge that the other woman was too impaired to drive? It's noteworthy that the police themselves call in specially trained officers from the DUI squad to conduct sobriety testing, yet they apparently expect a regular citizen to be able to assess someone else's sobriety.

What is the definition of DUI manslaughter in Florida?

In order to convict someone of DUI manslaughter in Florida, prosecutors must prove three components:

What is a culpable negligent manslaughter charge in Florida?

"If [the second woman] had been a good friend she would have never let [the first woman] behind the wheel of a vehicle," said Sheriff Grady Judd in his comments on the charges. While that may be true, "not being a good friend" is not part of the definition of culpable negligent manslaughter.

Florida defines “culpable negligence” as showing a “reckless disregard of human life or safety and consciously doing an act or following a course of conduct that the actor knew, or reasonably should have known, was likely to cause bodily injury,” according to Florida Statute 831.03(2).

Manslaughter by culpable negligence falls under Florida Statute 782.07, in which a person allegedly causes someone else’s death. In most cases, Florida classifies manslaughter as a Second Degree Felony. If convicted, the maximum sentence is up to 15 years in prison and a fine of up to $10,000.

How can a DUI defense lawyer help?

Criminal defense cases involving culpable negligence or DUI manslaughter in Florida can have very serious consequences. Make sure you take your case seriously right from the start. Make sure you talk with Polk County criminal defense attorney Thomas C. Grajek, Attorney at Law right away. I have three offices conveniently located in Lakeland, Tampa, and Lutz, Florida.